Admin 30/03/2022 General 0
Ever hear anecdotes about Bali, a conversation with an Indonesian Caucasians,
“Do you ever go to Indonesia? ‘
“Indonesia? Never ….., but I ever go to Bali”. 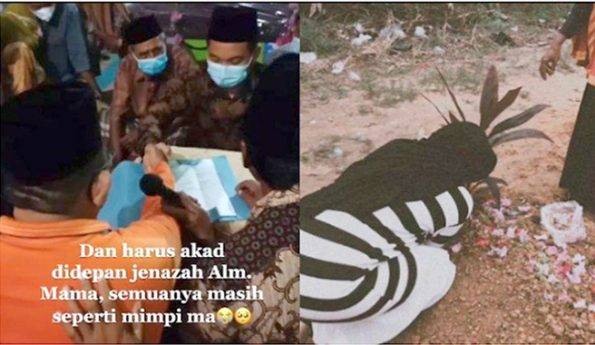 You’ll laugh when they hear that conversation, sometimes indeed Bali Abroad more famous in Indonesia appeal itself. But the story is not all happen, in the world of Bali is one of Indonesia icons extremely Indonesia and worldwide, such as the famous French with its Eiffel Tower, or the Great Wall of China with his or her Egyptian Pyramids. Seabrek nickname was familiar in the ears to illustrate dashyatnya beauty of Bali, just call the island, the island Million temple, and the latter earning the nickname Island of Love as one of the locations chosen as the storyline Hollywood movie EAT, PRAY, LOVE, starring Julia Roberts that his shooting was done in Bali.

One time I ever talked online with people from America, after introductions and identified the origin of each state, “I am from America, you where” he asked, “I’m from Indonesia, you know where it is?”, He thought for a moment and then enthusiastically he replied,
“Ahaa .. I know, in Bali Indonesia yah?” he he .. just me smile, smart .. he knows Indonesia because it is more familiar with the island of Bali, indeed that arguably the most Indonesian Bali. Bali Island, is one of the tourist destinations are never bored to visit, in addition to its natural scenery is very exotic and beautiful, Bali is also famous for the unique blend of culture and customs as well as the hospitality of the people that are not found in other tourist destinations.

A series of worldwide reputation has been attributed to the island of Bali. No wonder then many awards continued toward the island of Bali, Bali was re-elected last year as the World’s Best Island the eighth time by the leading tourism magazine in the United States (US) Travel + Leisure. For the Asia Bali again won first place as the Best Islands in Asia Awards 2010 in the event the World’s Best Award 2010 organized by Travel and Leisure magazine.

Likewise in Asia Pacific, Bali again crowned as the Best Island Destination in Asia Pacific (Best Island Destination Asia-Pacific in Asia Pacific) at The Fifth Annual DestinAsian Readers’ Choice Awards, in February 2010. The island of Bali is a favorite tourist foreign tourists , especially the majority according to statistics, namely Travelers from Japan and Australia. English is the third language (and the primary foreign language) for many Balinese people are influenced by the needs of the tourism industry. The employees who work in the tourist centers, information and tourist guide in Bali, often also understand some of the foreign language competence is sufficient.

One scene movie EAT PRAY LOVE (photo from google) It is no doubt that Bali has various wiata nature and variety of attractions including the beach resort, mountains, fields and even villages and population with a culture that is unique and distinctive, historical places and of course Just natural beauty that is captivating. We must have seen or heard the beauty of Sanur Beach, Nusa Dua Beach, Kuta Beach, Jimbaran Beach, Pasar Sukawati, Ubud, Kintamani, and other attractions. But in addition to its glamor in the eyes International Bali island, Bali is also facing a variety of problems, such as the influence of cultural and environmental sustainability issues. The authorities also need to be concerned about the negative influence of foreign culture and globalization that continues to undermine the uniqueness of Indonesian culture to-easterlies, especially regarding lifestyle and free pergaualan that is currently the views of “ordinary” in tourist areas of Bali island.

Night clubs continue to emerge and mushrooming around the tourist sites should also ditertibakan and governed by clear rules. Not to mention the environmental problems around the tourist areas that need to be preserved from exploitation actors of the tourism industry, such as Kuta beach which is currently quite poor hygiene conditions. As well as Bali new nickname as the “Island of Love”, in addition to our nation proud as an icon of Indonesia, Bali also deserve our love and watch as the assets of the Indonesian nation. Regards!